Window of opportunity is opening up in Australia's housing markets

“The vendors that are in the market at the moment are those that have to sell,” says buyer’s agent Catherine Cashmore, director of Cashmore & Co Real Estate Advocates. Home owners that can afford to wait are unlikely to be selling in the current market, she said.

In Melbourne, the median price of homes in prestigious Toorak last year climbed past A$5 million (US$3.72 million) for the first time.

For wealthy buyers with a mind to purchasing a luxurious home Down Under, the heated Australian market might have looked somewhat hostile in recent years.

Competition among buyers was strong, and soaring prices toppled sales records in some of Sydney and Melbourne’s most desirable neighborhoods. On top of this, new government regulations singled out foreign buyers with additional transfer and land taxes.

But opportunity may be shining once more. Australian capital city housing markets are taking a breather—particularly Sydney and Melbourne—helped along by an ongoing Royal Commission into the banking system that has forced banks to tighten lending criteria and has starved the market of funds.

But now, those with the means to buy will find good negotiating conditions on what’s available, experts say.

“The vendors that are in the market at the moment are those that have to sell,” says buyer’s agent Catherine Cashmore, director of Cashmore & Co Real Estate Advocates. Home owners that can afford to wait are unlikely to be selling in the current market, she said.

The new taxes on foreigners enacted over 2016 and 2017—which come from state and federal governments and include land tax and transfer tax surcharges as well as a “ghost tax” on homes that sit empty—aren’t going anywhere, Ms. Cashmore says. But buying well in the current market could balance them out.

“I would say to foreign buyers if they can save those costs by moving into a market like it is at the moment—which is not going to crash but offers good negotiating conditions—maybe they can do a deal now and make some of that cash back,” Ms Cashmore said.

But before going forward with a deal, foreign buyers need to clear some hurdles.

Foreign investment laws stipulate that buyers from overseas who aren’t Australian or New Zealand citizens or Australian permanent residents are restricted to buying new properties and not existing properties, and need to gain approval from the Foreign Investment Review Board.

Housing market figures by CoreLogic show ongoing weak conditions in every Australian capital city except Hobart. In May, Australian home values fell for the eighth consecutive month since the market peaked last September.

By the end of May, Sydney home values had fallen a cumulative 4.2% over 2018, and while Melbourne was still ahead in annual figures, its values had also fallen 1.2% over the previous three months.

With the spotlight on banks, lending is likely to be cautious until at least the end of the year, Ms. Cashmore said, and housing finance figures from the Australian Bureau of Statistics reflect this.

Housing finance fell 1.4% in April, the fifth consecutive monthly drop. This was the longest period of continual declines since September 2008, during the onset of the financial crisis.

Some economists believe the Australian economy is now absent of factors that will fuel a surge in prices. The sharemarket is increasingly volatile and valuations are stretched. Investor uncertainty is increasing as the current economic cycle shows signs of age. Unemployment is low but so is wage growth.

Housing market commentator Dr. Andrew Wilson, now the chief economist at property advisory My Housing Market, says Australia’s economy is being driven by two major sources—migration and strong export performance—and there is little else happening to drive a surge of investor activity.

“It’s quite subdued,” Mr. Wilson said. “We will see if it picks up. Signs are mixed at the moment and that will play into confidence.”

He said selling conditions for higher-priced properties in Sydney and Melbourne had been resilient but now they are also slowing with the broader market.

Choice is limited, but there are fewer buyers competing for the homes that are available, leading to good buying conditions, Mr. Wilson says. He doesn’t expect the market to take off again this year.

“We can forget about anything near double figure price growth this year,” Mr. Wilson said. “That would take a remarkable boom in the economy.”

As things stand, that makes desirable suburbs in major cities significantly cheaper in aggregate than they were last year according to CoreLogic figures compiled for Mansion Global.

CoreLogic’s research excluded suburbs with less than 50 sales to make sure there was a large enough data sample size to draw reasonable conclusions.

Demand in suburbs in Melbourne’s inner east—such as Hawthorn, Camberwell and Kew—has been relatively flat over the past 12 to 18 months, Mr. Wilson said, and there could be good buying opportunities for homes in the A$2 million (US$1.49 million) to A$3 million (US$2.23 million) range.

Harborside and coastal homes in Sydney have just come off the boil and opportunities are more scarce in these areas, he says.

“I’ve found that downward trend is continuing but in a modest fashion,” Mr. Tarbey said. “It’s not a dramatic change but anybody buying in that range of A$2 million and up has the potential to negotiate. Prior to this period, that wasn’t the case.”

Buyers would have a hard time finding rare homes on the Sydney harborside or coast on the market, he said, but there are more opportunities on Sydney’s leafy north shore.

In Melbourne, auction clearance rates for the Queen’s Birthday long weekend (June 9-11) were 56% across the Century 21 network, compared to 76% on the same weekend last year.

“That’s a 20-point difference in the space of 12 months,” Mr. Tarbey said. “So it’s a big change. You now have an opportunity to make an offer rather than be forced to push yourself because you might miss out.”

The percentage of Perth rental homes lying vacant is 9.1% according to his statistics—a hangover from a building boom when the market was hot. Those in good locations will eventually climb in value again.

Buyers looking at luxury apartments might also gain some attractive deals, according to Mr. Tarbey. Some apartments bought off plan when the market was booming are reaching completion and banks are refusing to accept the price tags paid for them when lending to the buyer.

Some buyers are declining to settle and foregoing their deposits, forcing developers to resell or hold pre-sold apartments for better times. This phenomenon is particularly apparent in Brisbane, he says.

None of those interviewed expected a sharp fall in values. But the current situation is a stark contrast to a prolonged real estate boom that ended last year.

During that boom, soaring prices toppled long-standing sales records in some of Sydney’s most desirable neighborhoods. Tech billionaire Scott Farquhar in 2017 set a new Australian housing record when he paid A$71 million (US$52.9 million) for Point Piper estate Elaine on Seven Shillings Beach in Sydney.

In Melbourne, the median price of homes in prestigious Toorak last year climbed past A$5 million (US$3.72 million) for the first time.

“We’re in for a year of change,” Mr. Tarbey said. “The top end is feeling it. If a bit more stock comes on the market, and the equity markets change [for the worse], people will start to rethink their easy purchasing activities undertaken over the last few years.”

Whether you want us to bid at auction, or provide a comprehensive buyer advocacy service to search, asses and negotiate your ideal investment property or home, we tailor a plan ideally suited to your individual needs.

We have the expertise to assist with any type of development you are considering - large, or small - from concept to completion.

What our Clients are Saying

Catherine worked tirelessly in finding me a great property at a good price. She did things that I wouldn't have done (hours and hours of legwork) and more importantly, couldn't have done (organising the purchase before anyone else had even put in an offer). When I was ready to give up, Catherine kept working. I'm certain that I never would have been able to buy the same property within 10k of what we eventually settled at.... David

The expertise you bring are excellent and helped us understand the process and what to do and what not to do. You discussed at the beginning that by using you it will save us money and in our instance and the current environment of Melbourne’s market I believe you saved us $100,000 or enabled us to get into a suburb which going to auction would have gone way over our limit. You worked tirelessly to help us purchase a home.... Karen

“You impressed us from the start, especially compared with the other buyers agencies we approached…” - Raj

Why use Cashmore & Co?

Our advocates and researchers are international experts on market and real estate cycles.

With decades of experience working in the Australian real estate market Catherine Cashmore and her associates have lectured widely on the real estate cycle and the economics of investment.

Cashmore & Co use their expertise to assist investors, home buyers and developers.  They simplify the buying process saving buyers thousands in negotiation, as well as preventing costly mistakes.

Cashmore & Co's services and expertise will not only assist you to increase your wealth, but also educate you to become a better investor.

Please click here to see the range of services we offer. 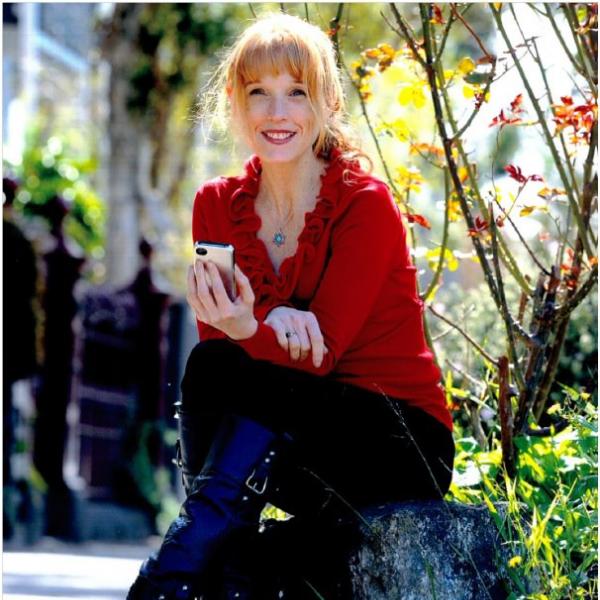 Catherine Cashmore has been working in the Australian real estate market for over 14 years. As a buyer advocate, she has assisted hundreds of Australian home buyers, investors, and developers to secure quality real estate for great prices. Originally from the UK, and having lived in the US, Catherine is a seasoned traveller with extensive experience across a range of international real estate markets assisting clients to diversify their property investments.

Catherine is President of Australia's oldest economics organisation, Prosper Australia. She is a regular and highly respected media commentator and often called upon to give guest lectures to university students (including RMIT and Sydney University) on how tax policy affects real estate, the design of cities and the economy.

She is the editor of Port Philip Publishing/Fat Tail Media's 'Cycles, Trends, & Forecasts' – a publication that teaches real estate investors about the land cycle and its effects on the economy.
She is also author of ‘Speculative Vacancies’, the only study in the world that analyses long term vacant housing based on water usage data (Melbourne focused). As such Catherine has an in depth knowledge of the Australian real estate market, few can rival.